During his late teenage years, Levine co-founded indie pop band Kara's Flowers and was its lead vocalist and guitarist. However, after the commercial failure of the their only album, The Fourth World, the band split up. Later, he reformed the band and a fifth member was added to form Maroon 5. The band has had considerable mainstream success, with all four of their studio albums reaching platinum status in the US. He has received 3 Grammy Awards, 2 Billboard Music Awards, 2 American Music Awards and an award each at the MTV Video Music Awards and the World Music Awards, all with the band.

Since 2011, Levine has served as a coach on NBC's reality talent show The Voice. The winner of the first season, Javier Colon, was on his team. In 2012, he made his acting debut as a recurring character in the horror television show American Horror Story: Asylum for the second season of the series. He was also cast in the upcoming film Can a Song Save Your Life?

In the film, Levine and the award-winning pop-rock band Maroon 5 are referenced once by Nikolai as he tries to make his point on why his band should sacrifice a virgin for the promise of fame and fortune. 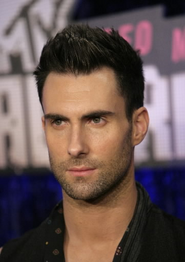 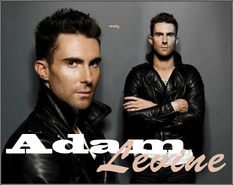 Add a photo to this gallery
Retrieved from "https://jennifersbody.fandom.com/wiki/Adam_Levine?oldid=4601"
Community content is available under CC-BY-SA unless otherwise noted.